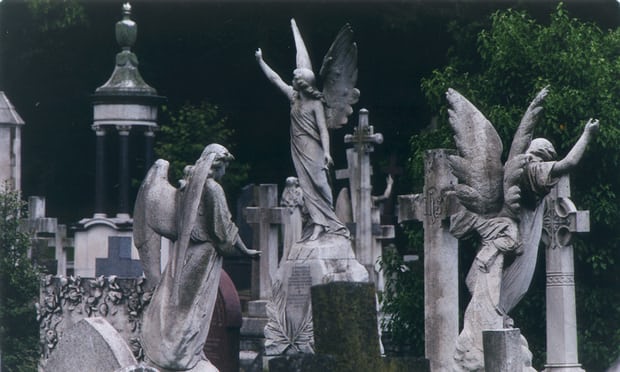 Originally published in The Guardian, 20 September 2017

Dying and death is not a new phenomenon: we have always become ill, suffered, were going to die and someone else could have killed us. So why now, at the beginning of the 21st century, after prohibiting euthanasia for thousands of years and when we can do so much more to relieve suffering than in the past, do we suddenly think that legalising it is a good idea? I propose a major cause is a catastrophic failure of collective human memory and collective human imagination.

Let‘s look at the approaches taken on each side of the debate.

If euthanasia were a stone thrown into a pond, pro-euthanasia advocates see only the stone and the immediate splash, not the stone’s antecedents or the widespread ripples it sets off. These blind spots constitute, respectively, a failure of human memory and of human imagination.

The pro-euthanasia case is straightforward and easy to make. (I will use the word euthanasia to include physician-assisted suicide (PAS).

It focuses on a suffering, competent, adult individual who wants to die and gives informed consent to euthanasia. Proponents argue that the person’s right to autonomy overrides other considerations, concerns and values, and that denying them euthanasia is cruelty and providing it kindness.

Pro-euthanasia advocates reject history – especially any reference to the Nazi atrocities – as having anything, or at least anything valuable, to teach us regarding euthanasia. Nobody believes legalising euthanasia will result in a Holocaust, but the justifications for the Third Reich’s early 1930’s euthanasia program for people with disabilities – “lives not worth living” – are eerily similar to present justifications for euthanasia. As Catherine Frazee, a Canadian professor of disability studies has said, “The Nazi … euthanasia program is part of my history as a disabled person.”

Pro-euthanasia advocates also deny the reality of the slippery slopes it’s opened up in the Netherlands and Belgium.

The “logical slippery slope” – the expansion of the situations where euthanasia is allowed – has constantly enlarged. In the Netherlands, euthanasia is no longer restricted to competent adults with unbearable suffering able to provide informed consent. It’s now available to children, newborn babies with serious disabilities, and people with dementia and mental illness, such as depression, without physical illness. There are movements to legalise access to inflicted death for people “over 70 and tired of life” or who feel they have a “completed life”. Likewise, after just over a year of legalised euthanasia in Quebec, there are calls for it to be extended to “euthanasia on demand”, that is, that there should be no requirements for access by a competent person.

Instances of the “practical slippery slope” – euthanasia not in compliance with the law allowing it – are legion.

Safeguards are ineffective to prevent slippery slopes. As British moral philosopher Dame Mary Warnock has put it in another context, “you cannot successfully block a slippery slope except by a fixed and invariable obstacle”. In governing dying and death that obstacle is the rule that we must not intentionally kill another human being.

In short, once euthanasia becomes normalised slippery slopes are unavoidable and the number of deaths resulting from euthanasia constantly substantially increases. In Flanders in 2013, 4.6% of all deaths were by euthanasia and an additional 1.7% (approximately 1000 deaths) were without request. Unreported deaths were not included in these statistics.

The case against euthanasia is much more complex. As well as looking at what individuals want and need in the present, because the past is an important source of understanding in tackling complicated problems, such as whether to legalise euthanasia, it also looks to the past to take into account the warnings that “human memory” can provide. As Margaret MacMillan, the distinguished Canadian historian, has said, “…history, through its cautionary tales and analogues, is a rich vein of ‘right questions’.”

The Aboriginal and Torres Strait Islander communities have taught us to speak of Elders past and present and to revere their wisdom and what that can teach us. Some First Nations people express this as the need to look back seven generations through human memory and look forward seven generations through imagination, when making important societal decisions. We need to do just that with respect to euthanasia.

We should use our imaginations to look to the future and ask questions such as “How will our great great grandchildren die if we legalise euthanasia?” What kind of society will we have left to them? Will it be one in which no reasonable person would want to live?

A failure of human memory and human imagination results in a focus just on individuals and locates the discussion of whether or not to legalise euthanasia just in the present, which means we fail to consider what protection of the “common good” requires that we not do.

To decide we must assess the risks and harms of legalising euthanasia.

First, euthanasia puts the lives of individuals, especially vulnerable people, such as those with disabilities, at risk. As Liz Carr, a lesbian atheist British comedian who has serious disabilities and opposes euthanasia, has pointed out, there is a very fine line between being a terminally ill person and a person with a disability.

While only about 5% of people mention pain as a reason for wanting euthanasia, around 48% of people give “feeling a burden on others” as such a reason. This provides an argument against legalising euthanasia, as that reason is eliminated if euthanasia is not available.

Dying and death have been depersonalised, dehumanised, medicalised, technologised, professionalised, institutionalised and certainly de-spiritualised. For the dying person this can result in what psychoanalyst and Yale law professor the late Dr Jay Katz called “intense pre-mortem loneliness” to which asking for euthanasia can be a response.

We all have a role to play, especially as doctors, lawyers and politicians, in being voices in establishing approaches that will help to avoid or remedy this loneliness. In short, a powerful antidote to a reality of intense loneliness at the end of life is to provide easily accessible, good palliative medicine and care.

In secular societies, such as Australia, law and medicine are the two main institutions carrying the value of respect for life for society as a whole. This value must be upheld at two levels: respect for the life of every individual person and in society in general. Euthanasia seriously harms law’s and medicine’s capacity to carry this value, because it involves changing the law to allow intentional killing and authorising doctors to undertake that.

The risks and harms to society include damage to the shared values that bond us as a society and to our society’s “ethical tone”. We can’t judge the ethical tone of a society by how it treats its strongest, most privileged, most powerful members, but by how it treats its weakest, most vulnerable and most in need. Dying people belong to the latter group. With euthanasia we offer them death instead of loving care.

Risks to both individuals and society include harming suicide prevention programs and suicide contagion; suicide is the leading cause of death in young people under 35 years old – a public health crisis. Also it’s not an uncommon cause of death in the elderly.

We must bring to bear our individual and collective human memories and imaginations and speak of what they tell us. I am confident that if we did this open-mindedly, we would decide against legalising physician-assisted suicide and euthanasia. We must kill the pain and suffering, not the person with pain and suffering.

Margaret Somerville is professor of bioethics in the school of medicine at the University of Notre Dame Australia.