VIEWPOINT: Why the Royal New Zealand College of General Practitioners needs to have a Position Statement on Euthanasia. 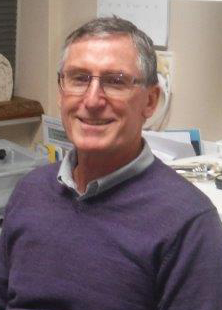 General Practitioners are a large and integral part of the Medical Profession.  It is likely that on ethical and other contentious issues, General Practitioners will hold a range of opinions as diverse as any other body of educated men and women throughout society.  In a society that emphasises autonomy as much as ours does, this will lead to a range of different attitudes and behaviours.

But as members of this Profession, there are a body of agreed principles governing our practice as doctors, to which we must all be committed.   We are not a union, and these governing requirements are not an average of the member opinions held.   Rather they are a requisite set of attitudes and behaviours that all members of the Profession are deemed to have accepted when they took on the title of Doctor.  The principles have evolved from centuries of experience in treating patients and from the wisdom of the doctors and societies that guided these treatments.  Departure from them has led to many recorded examples of abuse of the privileged position that we hold.

It is a reliance on this Professionalism that allows a complete stranger to entrust any one of us with the most intimate information. This public trust presumes that every doctor’s behaviour will be governed by principles such as confidentiality, respect and a duty of care for all human beings irrespective of age, gender, sexual orientation, creed, pecuniary or health status.  Notwithstanding that some doctors may hold racist, sexist or other discriminatory beliefs they are required to adhere to these standards.  A failure to do so is deemed to be Unprofessional Conduct and may lead to loss of a licence to practice.  Such a standard is essential, as without the public trust that it confers, our ability to perform our roles as we do currently would be severely compromised.

Among the expectations by the public and of ourselves is that our Professionalism will always require our actions to be for the good of the patient.  We will respect patient autonomy, we will inform as fully as we can and will not enforce treatments to which the patient does not consent.  But nor will we perform actions that are intended to be harmful to the patient, even if requested to do so.  Consent to deliberately inflict harm, if permitted, would contradict our position as healers, and severely erode the trust upon which people of all political and ethical beliefs need to rely. This applies even if our motivation is benign.

Euthanasia is by definition the infliction of harm – in this case causing death.  Even if our wider society were to make this practice lawful it would remain essential that the Medical Profession stand apart from any participation in it.  The same would apply if legislation diminished the rights of any subset of people.  Failure to do so would undermine the essential professional relationship.

Furthermore, our Profession has a unique insight into some of the issues surrounding the Euthanasia controversy and we have an obligation to inform.  In my view, there is medical misinformation surrounding the following:

Each generation of doctors has faced attempts to dilute our professional standards.  This is one such attempt and I exhort the Board of the Royal New Zealand College of General Practitioners, for the sake of the public as well as of our members, to take a lead in restating the position that we as Medical Professionals have long held that precludes all of us from taking any part in such an action.