Euthanasia: What happens if the drugs don’t work? 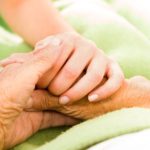 What happens if a patient doesn’t die during a euthanasia attempt? That’s one of a number of ethical and legal questions being asked by palliative care experts who say we are woefully unprepared to introduce assisted dying.

The nurses union said its request for legal advice had been ignored by the Ministry of Health and nurses fear they could face disciplinary action and be struck off if they go too far discussing euthanasia with a patient.

“I think the public has this idea that assisted dying is quite clear cut – you take the drugs and you’re dead,” MacLeod said.

“But death doesn’t necessarily follow within minutes or even hours, it can take a lot longer and well documented cases of stuff not working.”

It was not yet known which drugs would be used for euthanasia in New Zealand and under the law it would be an offence punishable by a fine of up to $20,000 to reveal the method by which the drugs were administered to the patient.

“You assume that it’s the same as the United States [which] uses for lethal injections for the death penalty,” MacLeod said.

“We know that doesn’t always work. It’s not always that comfortable. It’s not like flicking a switch.”

It included a 2000 study from the Netherlands where in 21 of 114 cases, the patient did not die as soon as expected or woke up and the physician had to give a lethal injection.

“When it’s given orally the person can throw up or they can have a long period between swallowing the medication until death and that can go on for many hours.”

Medical Council Chairman Dr Curtis Walker said the New Zealand law required that the doctor stay with the patient until they had died.

“What the Act envisages is that somebody doesn’t get a cocktail of medicines and then the person disappears and they don’t have that immediately available support.”

But Dr Winters said there were other legal and ethical issues such as whether the patient would again have to give consent – something she believed the New Zealand law had not contemplated.

“It’s one of a very long list of difficult and troubling issues that can be expected to occur that are going to need guidelines before provision begins,” Winters said.

Minister of Health Andrew Little said he had not considered that issue before RNZ raised it.

“Failed administration of medication to achieve assisted dying – I haven’t thought through and, look, the system will have to think that through,” Little said.

He did not think medical practitioners would need to get legal consent again after an initial failed attempt.

Palliative specialist Dr Catherine D’Souza said that still left questions about how to handle a patient whose initial euthanasia attempt had failed.

“Say you get to the home and then you try to put in an IV line and you can’t get an IV line in. Often when people are frail that’s a very real issue. So what then? Do we transfer them to hospital?.

“Is that what they want? Do they want to die in a cubicle in hospital? That’s probably not how they were imagining it. They were maybe thinking it’d be at home surrounded by family.”

Under the law, a patient is able to ingest the lethal drugs themselves or through a tube triggered by a nurse practitioner or a doctor.

They could also choose to inject the deadly drugs themselves or have a doctor or nurse practitioner do that for them.

But it’s how the process starts that worries leaders at the nurses union.

New Zealand Nurses Organisation policy analyst Lucia Bercinskas said nurses felt legally exposed about how much they they could say if a patient asked them about euthanasia.

Overseas experience showed that nurses were often the first point of contact for people requesting euthanasia but the Ministry of Health hadn’t provided legal advice about what they could say, she said.

“We need to make sure that we know where that line is that we can talk up to but not over. Because they may end up in court for providing advice that the family wasn’t happy with and that the patient took or chose not to take,” Bercinskas said.

“We’re saying to the ministry: ‘We need the guidance in that space’ and they haven’t done it.”

The union didn’t think New Zealand would be prepared for euthanasia by the time it became legal.

“It’s like a bridge that we’re building and we’ve said that we have a deadline of November to have our bridge built. And right now the way it’s going is, we’re going to be driving across this bridge whether it’s done or not.”

But Walker believed there was time to implement it safely.

“I’m confident that we will have the guidance and support out to the medical profession so that this is done safely, compassionately, competently and effectively.”

Little backed him on that and said the electorate voted for it and it was now the government’s job to successfully implement it.