Independent MP Rob Pyne has introduced a private member’s bill to amend Queensland’s abortion laws, which may allow women to undergo abortions through all nine months of pregnancy – up until birth.

Pyne, who called the current law “archaic,” has said that his bill does not give a time limit for abortion and that he would “compromise” with MPs as to when the “cut-off” should be.

This leaves open the possibility of an extreme abortion law, like in Victoria, Tasmania and ACT, all of which allow abortion up until birth.

But if the prospect of abortion up until birth isn’t enough to make us reject Pyne’s bill outright, there are still several questions we ought to be asking before we all jump on the bandwagon of “choice” and “progress”:

1. How progressive are we really when we are willing to “compromise” the “cut-off” point for a human life?

2. At what point do we draw the line when a child’s heart starts to beat at 5 weeks, it can feel pain by 20 weeks, and a week later can survive outside the womb?

3. How can we reconcile the lengths to which we will go to save a child born prematurely (cost, use of advanced medical technology and so on), with a law that could allow that same child to be aborted?

4. Are states like Victoria really the best model for abortion law reform? (There is currently a political push to introduce gestational limits in Victoria due to the excesses of its extreme abortion law.)

Pyne’s bill would remove abortion from the criminal code, but leave in place section 313, which makes it a crime to cause the death of an unborn child in cases such as where a pregnant woman is assaulted.

6. Does using a surgical or chemical process to cause death, rather than physical assault, really change what is happening to the child?

7. Why do we call it a tragedy when an unborn child dies from an assault or accident (including an accidental abortion), but not when it dies from an abortion?

8. Are these distinctions made because one child is wanted and the other is not? Is this really the best basis on which to create public policy?

9. Do the provisions criminalising abortion perhaps serve the same protective purpose for the child as section 313?

Pyne has said that the push for his bill was the case of a 12 year old girl from Queensland last month who needed permission from the Supreme Court to undergo an abortion.

11. Are we not concerned about why and by whom 12 year olds – and apparently hundreds more 13 and 14 year olds – are getting pregnant?

12. Is abortion really going to solve these issues?

13. Or might it, at best, leave them unaddressed, or at worst, act as a shield for perpetrators of statutory rape?

14. Why do we persist in addressing symptoms instead of root causes to difficult or unplanned pregnancies?

15. Why are we not more concerned about our young girls being sexually active and exposing themselves to much worse than pregnancy (sexually transmitted infections, exploitation and so on)?

Deputy Premier of Queensland and Labor MP Jackie Trad, who is “unashamedly pro-choice,” has publicly supported Pyne’s bill stating that abortion is “a health issue, not a criminal issue” and that “what a woman decides to do with her body, in consultation with her doctor, does not belong in the criminal code.”

16. If we are truly concerned about women’s health, why the hush when it comes to the physical and psychological risks of abortion?

17. How does abortion promote women’s health? What about the health of unborn women?

18. Are there not two human beings involved in every abortion? Does the current law not reflect this important reality?

19. Why do we perform highly advanced life-saving (and other) surgery on children in utero if a pregnancy only involves a woman and her doctor?

20. Is more abortion really the best we can offer women facing a difficult or unplanned pregnancy?

These are just some of the questions, among many, that need to be considered before forging ahead with a law that is supposedly about “women’s health” and “choice” and “progress.”

All this is not to say that women should be thrown in jail for undergoing abortions. Certainly not. There is no benefit in prosecuting women who are already vulnerable and suffering.

But I suspect that removing women’s criminal liability isn’t the real issue. Pyne’s bill is about abortion on demand, for any reason, or for no reason.

Rachael Wong is a barrister from New Zealand. She is currently 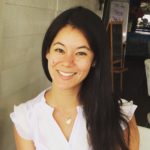 working with the Law Reform Commission in Samoa to bring about legislative reform to improve the lives of Samoan women and girls.