I want to care for people, not kill them 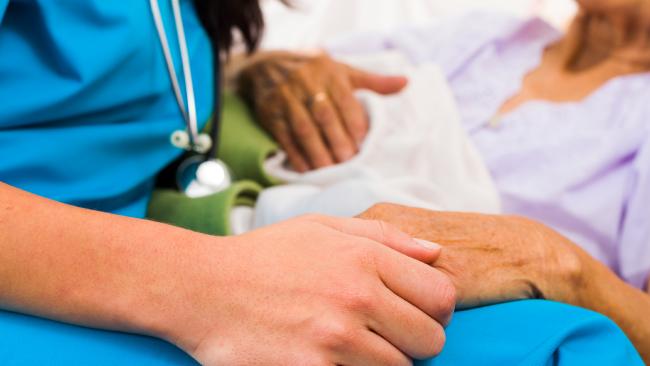 OF the many and varied euphemisms employed by advocates of assisted suicide and euthanasia, “assisted dying” is perhaps the most outrageous.

Assisting dying patients by providing pain management and emotional and psychological support is exactly what health professionals already do but assisting a dying patient is altogether different from deliberately “assisting” that patient to die by administering or prescribing a lethal substance.

As a geriatrician (a medical specialist physician for older, frail people) who has cared for thousands of patients approaching the end of life, I simply don’t need assisted suicide and euthanasia as options in my medical toolbox.

Medical science has provided us with a plethora of medications for pain management (and indeed for all other symptoms one might experience at the end of life) so there is no reason for a patient to languish in physical pain.

The real question for politicians is not whether they should legislate to allow “assisted dying”, but rather why they have not ensured adequate funding for palliative care and geriatric medicine services so that all patients approaching the end of life can access the type of medical care that will truly give them dignity and relief of suffering.

It is alarming that under the proposed legislation in both Victoria and New South Wales a patient need not be suffering physical pain to be eligible for assisted suicide. Both bills allow assisted suicide for those suffering from existential or psychological pain that they deem unbearable.

It is not uncommon for older patients approaching death or other patients who have been diagnosed with a terminal illness to go through a period of distress or depression as they strive to cope with their prognosis, the fear of the unknown and loss of their independence.

This is when our patients need us most. It is when as doctors and nurses we are called upon to not just cure in a physical sense but also provide healing in a holistic way, through giving our time and compassionate care to patients. It is unthinkable that we would assist such vulnerable patients with suicide.

Yes, a few patients have asked me for euthanasia (a lot less than you might think). It is often a question asked in advance when the patient is still relatively well, and it generally reflects an understandable fear of the unknown.

However, when we take the time to speak with them, to listen to their fears and answer their questions, much of their anxiety is relieved, a relationship of trust is strengthened with the patient and the request for euthanasia is not made again. Their sense of relief that they will be cared for with dignity renders euthanasia unnecessary as the age-old doctor-patient relationship is affirmed.

While assisted suicide and euthanasia are advocated in terms of an individual’s autonomy and the “right to choose”, there is overwhelming evidence from overseas jurisdictions that what appears to be a personal choice is often in fact someone else’s choice and what starts as a “right to die” soon becomes a duty to die.

In 2016 nearly half of all people (48.9 per cent) who died after taking prescribed lethal medication in Oregon in the United States cited concerns about being a “burden on family, friends/caregivers” as a reason for making the request.

The vast majority (65 per cent) had no concerns at all about being in physical pain. Doctors caring for such patients have valid serious concerns that patients will choose suicide just because they are worried they might be a “burden” on others.

My patients frequently express that they feel they are a burden on the family members caring for them. Patients even apologise to me for taking up my time even though it is my job to care for them.

We need to assure these people that they are not a burden and that they are more than worthy of our time and compassion. We must not place upon such vulnerable patients an implicit expectation that they will elect assisted suicide for the convenience of those around them.

The WMA, which represents over 10 million physicians and more than 112 national medical associations, has directly called upon the Victorian Upper House to reject the Victorian Voluntary Assisted Dying Bill stating that “should the Victorian Bill be passed into law, it will create a situation of direct conflict with physicians’ ethical obligations to patients and will harm the ‘ethical tone’ of the profession. It [WMA] also warns that vulnerable people will be placed at risk of abuse and that a precedent will be set that physician assisted suicide and euthanasia are ethically acceptable.”

Members of Parliament in NSW and Victoria who are considering the legalisation of assisted suicide and euthanasia should first listen to the specialists who look after patients at the end of life.

We do not want or need physician assisted suicide. If as a society we truly wish to allow people to “die with dignity”, we should focus on ensuring appropriate access to geriatric medicine and palliative care services, not just in major cities but also in regional and rural areas.

I, like so many other doctors, chose this profession so that I could cure illness and relieve suffering — in other words, so I could give my patients the care and understanding they need.

Dr John Obeid is a Consultant Geriatrician working in public and private hospitals in Western Sydney.