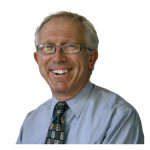 It is a great privilege to have been asked to give this graduation address. It is a special occasion for you as graduates, because today is a wonderful milestone in your lives either as a newly fledged doctor or as a Medical Laboratory Scientist.  It is also a special occasion for me, because yesterday was my last day of work in the University of Otago. After 25 years, I am returning to Scotland, the land of my birth, to take up a position there.

To those of you who are graduating as Medical Laboratory Scientists, may I offer you my sincere congratulations.  Do not underestimate the importance of your role. Trustworthy laboratory data undergird good medical decision making. The high standards of your work translate into a reliable clinical service and a vital contribution to patient care.

The Vice Chancellor has charged me to say something that you will remember for the rest of your lives, and to do so in eight minutes! It’s a tall order! There are so many challenges that lie ahead that will require wisdom more than information. So, where to start?

In the end, I decided to plagiarise. I’m going to tell you a story. When it was first told, it took only two minutes, not eight. But it has never been forgotten.

In a conversation with Jesus of Nazareth, the founder of the Christian religion, a smart young academic was showing off his knowledge of Jewish scripture. He rightly stated that to live well meant “to love God with all your heart, all your soul, and all your strength, and to love your neighbour as yourself”.  Jesus agreed with him. But then the young man, trying to trip Jesus up, said: “Define neighbour”.  And so Jesus told him this story:

“A man was walking from Jerusalem to Jericho, and he fell into the hands of robbers. They stripped him, beat him up, and left him half dead.

A priest came by, but when he saw the man, he passed on the other side of the road. A lawyer came by, and when he saw him, he too passed on the other side of the road. Eventually, a Samaritan came on the scene, and he took pity on him. He stooped down and bandaged his wounds. He put the man on his donkey, took him to an inn, and took care of him. The next day he took out his wallet, and gave money to the inn keeper. “Look after him”, he said, “and when I return I will reimburse you for any extra expenses”.

Then Jesus said: “Which of the three was a neighbour to the man who fell into the hands of the robbers?” The young man said: “The one who was compassionate”. Jesus said: “Go, an do likewise”.

With that introduction, you might think that my take-home message is going to be about compassion. After all, the machinery of the health care system, together with our own self-centred interests, militate against compassion in the practice of modern medicine. But that is not my message. Rather my message is about what lay beneath the Samaritan’s compassion – and that was his courage.

It was entirely possible that the robbers would strike again. That’s certainly what the priest and the lawyer thought. Self-preservation was their motivation, and they disappeared. It took courage for the Samaritan to stop, bend down, and tend to the traveller’s wounds.

Young colleagues, you are about to enter a professional world which is often shaped by self-preservation. It’s called “covering your butt”. Nor is this phenomenon found solely in the way individuals behave. It’s also found in institutions. I am referring to those forces that operate in hospitals and universities, and indeed, in every other large human organisation, that make us behave differently when we are part of a bigger machine. It is a tragic mystery that when human beings get together as an organisation, we become collectively conditioned to be much less humane, and our willingness to be compassionate is blunted.

Over the years, the culture of large organisations has become increasingly risk averse. We now employ “risk managers” whose sole purpose is to minimize risk. If the impact of risk management were limited to reducing the frequency of adverse events, then that would all be fine and dandy.  But when risk management stifles our capacity to do good for our fellow human beings, the quality of all of our lives is diminished.

Beware the injunction: “You can’t do that. It would set a dangerous precedent” when you are attempting to do something good for others. And be prepared to challenge it.

In the Miami Herald of July 5th 2012, we read that Tomas Lopez, a 21-year old life-guard was sacked for rescuing a swimmer who was struggling 200 metres beyond the yellow flag. He was fired for leaving his assigned area of the beach.

His supervisor declared: “We have liability issues. We can’t have our guards go out of the protected area”.  Lopez, to his credit, said: “It was the moral thing to do. I would never pick a job over my morals”

The aversion to doing good because it might involve risk was not something to which the Good Samaritan subscribed. And nor should we. Yes, he was compassionate, but more than that, he had guts. Believe me, it is very easy to be a coward. It’s safe, and we will even gain the approval of others round about us. But don’t think that way. Have the moral courage to take risks for the wellbeing of others.

The wounded traveller was described as being “half dead”.  His Glasgow Coma Score is not recorded, but we can assume it was 7 or 8. But suppose it had been 3, with his pupils dilated. Should the Samaritan have left him to die, alone and abandoned? Or should he have taken out a knife, and severed his carotid artery to speed his death? In both cases, I think not.

It often takes courage to undertake medical and surgical procedures which have the potential to snatch a patient from the jaws of death. It can even feel exhilarating. At the age of 26, I worked on the Mobile Intensive Care Unit in Belfast, Northern Ireland, and believe me that got the adrenaline pumping.  But it also takes courage to diagnose that a patient is dying and that there is nothing we can do to prevent their death. It is professionally counterintuitive, but when it is needful, we ought to be willing to step back from a futile attempt to fix things, and provide meaningful palliative care.

I have spent the last three years involving myself in end-of-life care, and the need to do it better. Public discussion about advanced care planning is bound to increase, and that is good. However, let us be clear: arguments in favour of ending the life of the sufferer as a means of ending their suffering are flawed, even though they may be subtly tempting. They are just as flawed as the argument that Hiroshima was justified in order to shorten the Second World War. The landscape of geopolitical relationships changed irrevocably with the advent of nuclear weapons. So too, the framework of relationships between doctors and patients would be changed irrevocably, and for the worse, if legislation to facilitate assisted suicide were to be enacted.  This view is not just my own, but is the position held by the New Zealand Medical Association.

In a moment, one of you, on behalf of the class, will take the Oath. It is based on the Hippocratic Oath which has been foundational to medical ethics since 350 BC. Not for nothing, it stated: “I will give no deadly medicine to anyone if asked, nor suggest any such counsel”. When the time comes, as come it probably will, I urge each of you to have the courage to stand firm and uphold the core commitment of our professional lives, which is to save life when we can, to relieve suffering when we cannot, and never to contribute deliberately to the death of any of our patients.

Finally, the Good Samaritan was willing to under-write any extra expenses which the wellbeing of the injured traveller might incur.

The cost of medical education weighs heavily on all of you who are graduating, and I regret that the advent of “market forces” to medical training in the 1990s has been so pervasively damaging.

Even if you are not a Scot, being generous still requires a deliberate act of the will. A debt load of anywhere between $60,000 and $100,000 sets you up for a mindset which makes being generous a low priority. It bothers me that already, debt may be a constraining influence as to your career choices. It is certainly not easy to choose an option when you think you may lose out financially.

It takes courage to swim against the tide. But we must actively resist the imperatives which arise from thinking that money, or the lack of it, matters most. Giving of our best generously – our skills, our time, and our energy – beyond the requirements of an employment contract – that is how we can make a real difference in this world.  So, how about a year with the Red Cross or Medicin sans Frontieres, or a registrar job in PNG or Samoa or Vanuatu?

My time is up. With all my heart, I wish you every success in your future professional endeavours. I sincerely hope that what we have sought to teach you here in the University of Otago will be the foundation for a life of rewarding service – to our community in New Zealand and beyond.

Above all, I hope that you will approach all of it with deep-rooted courage – the courage to be compassionate, and the courage to stand up for values that are far bigger and nobler than ourselves.