Pulling the plug on conscience rights 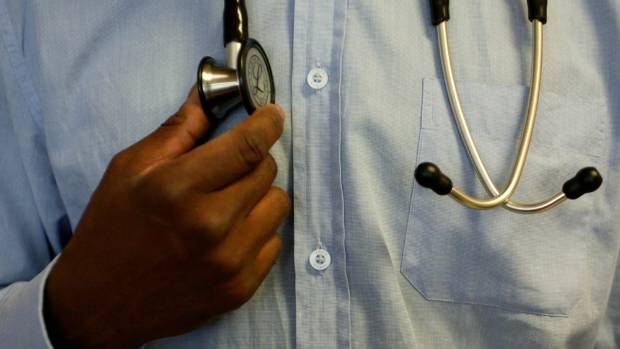 Over the past fifty years, the purposes and practices of medicine have changed radically. Where medical ethics was once life-affirming, today’s treatments and medical procedures increasingly involve the legal taking of human life. The litany is familiar: More than one million pregnancies are extinguished each year in the United States, thousands late-term. Physician-assisted suicide is legal in Oregon, Washington, and, as this is written, Montana via a court ruling (currently on appeal to the state supreme court). One day, doctors may be authorized to kill patients with active euthanasia, as they do already in the Netherlands, Belgium, and Luxembourg.

The trend toward accepting the termination of some human lives as a normal part of medicine is accelerating. For example, ten or twenty years from now, the physician’s tools may include embryonic stem cells or products obtained from cloned embryos and fetuses gestated for that purpose, making physicians who provide such treatments complicit in the life destruction required to obtain the modalities. Medical and bioethics journals energetically advocate a redefinition of death to include a diagnosis of persistent vegetative state so that these living patients”redefined as dead”may be used for organ harvesting and medical experimentation. More radical bioethicists and mental-health professionals even suggest that patients suffering from BIID (body-integrity identity disorder), a terrible compulsion to become an amputee, should be treated by having healthy limbs removed, just as transsexuals today receive surgical sexual reassignment.

The ongoing transformation in the methods and ethics of medicine raises profound moral questions for doctors, nurses, pharmacists, and others who believe in the traditional virtues of Hippocratic medicine that proscribe abortion and assisted suicide and compel physicians to “do no harm.” To date, this hasn’t been much of a problem, as society generally accommodates medical conscientious objection. The assisted-suicide laws of Oregon and Washington, for example, permit doctors to refuse to participate in hastening patient deaths. Similarly, no doctor in the United States is forced to perform abortions. Indeed, when New York mayor Michael Bloomberg sought to increase accessibility to abortion by requiring that all residents in obstetrics and gynecology in New York’s public hospitals receive training in pregnancy termination, the law specifically allowed doctors with religious or moral objections to opt out through a conscience clause.

This comity permits all who possess the requisite talent and intelligence to pursue medical careers without compromising their fundamental moral beliefs. But that may be about to change. Tolerance toward dissenters of what might be called the “new medicine” is quickly eroding. Courts, policymakers, media leaders”even the elites of organized medicine”­increasingly assert that patient rights and respect for patients’ choices should trump the consciences of medical professionals. Indeed, the time may soon arrive when doctors, nurses, and pharmacists will be compelled to take, or be complicit in the taking of, human life, regardless of their strong religious or moral objections thereto.

A recent article published by bioethicist Jacob Appel provides a glimpse of the emerging rationale behind the coming coercion. As the Montana Supreme Court pondered whether to affirm a trial judge’s ruling creating a state constitutional right to assisted suicide, Appel opined that justices should not only validate the “right to die” but also, in effect, establish a physician’s duty to kill, predicated on the medical monopoly possessed by licensed practitioners. “Much as the government has been willing to impose duties on radio stations (e.g., indecency codes, equal-time rules) that would be impermissible if applied to newspapers,” Appel wrote, “Montana might reasonably consider requiring physicians, in return for the privilege of a medical license, to prescribe medication to the dying without regard to the patient’s intent.” Should the court not thus guarantee access to assisted suicide, it would be merely creating “a theoretical right to die that cannot be meaningfully exercised.”

Indeed, forcing medical professionals to participate in the taking of human life is already advancing into the justifiable stage. In Washington, a pharmacy chain refused to carry an abortifacient contraceptive that violated the religious views of its owners. A trial judge ruled that the owners were protected in making this decision by the First Amendment. But in Stormans Inc. v. Salecky , the Ninth Circuit Court of Appeals reversed the decision, ruling that a state regulation that all legal prescriptions be filled was enforceable against the company because it was a law of general applicability and did not target religion.

In a decision that should chill the blood of everyone who believes in religious freedom, the court stated: “That the new rules prohibit all improper reasons for refusal to dispense medication . . . suggests that the purpose of the new rules was not to eliminate religious objections to delivery of lawful medicines but to eliminate all objections that do not ensure patient health, safety, and access to medication. Thus, the rules do not target practices because of their religious motivation.” And since pharmacists are not among the medical professionals allowed by Washington’s law to refuse participation in assisted suicide, Stormans would also seem to compel dispensing lethal prescriptions for legally qualified patients even though the drugs are expressly intended to kill.

It isn’t just the courts. Many of the most notable professional medical organizations are also hostile to protecting medical conscience rights. In 2007, for example, the American College of Obstetricians and Gynecologists (ACOG) published an ethics-committee opinion denying its members the right of conscience against abortion:

Although respect for conscience is important, conscientious refusals should be limited if they constitute an imposition of religious and moral beliefs on patients . . . . Physicians and other healthcare providers have the duty to refer patients in a timely manner to other providers if they do not feel they can in conscience provide the standard reproductive services that patients request . . . . Providers with moral or religious objections should either practice in proximity to individuals who share their views or ensure that referral processes are in place. In an emergency in which referral is not possible or might negatively impact a patient’s physical or mental health, providers have an obligation to provide medically indicated requested care.

If this view is ever mandated legally, every obstetrician and gynecologist in America will be required either to perform abortions or to be complicit in them by finding a willing doctor for the patient. And don’t think that can’t happen. A law enacted last year in Victoria, Australia (the Abortion Law Reform Act of 2008) imposes that very legal duty on every doctor. The law states:

Recent California legislation for what could be called euthanasia by the back door attempted to incorporate the same approach. As originally written, AB 2747 would have granted terminally ill patients”defined in the bill as persons having one year or less to live”the right to demand “palliative sedation” from their doctors. The bill was subversive on two fronts. First, it redefined a proper and ethical palliative technique, in which a patient who is near death, and whose suffering cannot otherwise be alleviated, is put into an artificial coma until natural death from the disease occurs. But as originally written, the bill redefined, as a method of killing, “the use of sedative medications to relieve extreme suffering by making the patient unaware and unconscious, while artificial food and hydration are withheld, during the progression of the disease, leading to the death of the patient.” In other words, the bill sought to legalize active euthanasia via sedation and dehydration.

Second, it would have granted patients with a year or less to live the right to be sedated and dehydrated on demand . And it wouldn’t matter whether the physician didn’t believe that the patient’s symptoms warranted sedation or whether he or she objected morally to killing the patient: Physicians asked by qualified patients to be terminally sedated would have had the duty to comply or refer. (The bill ultimately passed without these objectionable provisions and without the improper definition of palliative sedation.)

Here’s another example of intolerance of medical conscience: In the waning days of the Bush Administration, the Department of Health and Human Services issued a rule preventing employment discrimination against medical professionals who refuse to perform a medical service because it violates their religious or moral beliefs. Based on the decibel level of the opposition, one would have thought that Roe v. Wade had been overturned. “That meddlesome regulation encouraging healthcare workers to obstruct needed treatment considered offensive,” Barbara Coombs Lee, the head of Compassion and Choices, railed on her blog, “allows ideologues in health care to place their own dogmatic beliefs above all.” Protecting the consciences of dissenting medical professions is “dangerous,” she wrote, because “it’s like a big doggy treat for healthcare bulldogs who would love to sink their teeth into other people’s healthcare decisions.”

It wasn’t just overt true believers like Lee. Even before the final rule was published in the Federal Register , Hillary Clinton and Patty Murray introduced a bill to prevent the rule from going into effect. Immediately following its promulgation, Connecticut”joined by California, Illinois, Massachusetts, New Jersey, Oregon, and Rhode Island, and supported by the ACLU”filed suit to enjoin the regulation from being enforced. One of the Obama administration’s first public acts was to file in the Federal Register a notice of its intent to rescind the Bush conscience regulation.

Newspaper editorial pages throughout the nation exploded, opening another front against the rule. The New York Times called it an “awful regulation” and a “parting gift to the far right.” The St. Louis Post-­Dispatch went so far as to state: “Doctors, nurses, and pharmacists choose professions that put patients’ rights first. If they foresee that priority becoming problematic for them, they should choose another profession.” In other words, physicians and other medical professionals who want to adhere to the traditional Hippocratic ethic should be persona non grata in medicine”an astonishing assertion.

Society is approaching a crucial crossroads. It seems clear that the drive to include death-inducing techniques as legal and legitimate methods of medical care will only accelerate in the coming years. If doctors and other medical professionals are forced to participate in these new approaches or get out of health care, it will mark the end of the principles contained in the Hippocratic Oath as viable ethical protections for both patients and medical professionals.

True, healthcare workers enjoy some state and federal legal conscience protections. But a cold wind is blowing, threatening to end the current comity. If Hippocratic medicine is to be salvaged, the rights of medical conscience need to be expanded and made explicit. With the understanding that there may be nuances in specific circumstances not discussed here, I suggest that the following general principles apply in crafting such protections:

It is a sad day when medical professionals and facilities have to be protected legally from coerced participation in life-terminating medical procedures. But there is no denying the direction in which the scientific and moral currents are flowing. With ethical views in society and medicine growing increasingly polyglot, with the sanctity of human life increasingly under a cloud in the medical context, and given the establishment’s marked hostility toward medical professionals who adhere to the traditional Hippocratic maxims, conscience clauses may be the only shelter protecting traditional morality in medicine.

Wesley J. Smith , award-winning author and Senior Fellow in Bioethics and Human Rights at the Discovery Institute, is a consultant for the International Task Force on Euthanasia and Assisted Suicide and for the Center for Bioethics and Culture. His blog, Secondhand Smoke, is available on , First Things Online