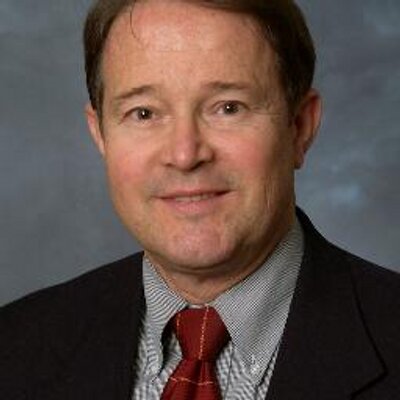 Around the world, policies and actions of many governments and governmental agencies are threatening rights of conscience of health care providers and employees.  These challenges and dangers seem to be increasing.

Recent times have seen numerous high-profile incidents in which nurses, doctors, hospital staff, government employees, and other health care workers are being pressured, required and forced to provide morally-controversial elective procedures (such as non-therapeutic abortions) despite their expressed moral objections to participating in such services.

For example, in the U.S. Catherina Cenzon-DeCarlo, a nurse at a hospital in New York City, was reportedly forced to participate in a gruesome, violent, dismemberment abortion over her objections.  She was told that if she did not participate in the abortion of a 22-week-old fetus she would be charged with “insubordination and patient abandonment” which would jeopardize her nursing license and her job.

In another case, the Alaska Supreme Court ordered a private pro-life hospital to allow its facilities to be used for the performance of abortions. Likewise, several years ago the American College of Obstreticians and Gynecologists announced that its members could not exercise their rights of conscience to not perform or assist in abortions if their refusal might “constitute an imposition on religious or moral beliefs of patients.” Also, another American accreditation agency mandated that all medical students must receive abortion training, and it took passage of a federal law to protect those students’ rights of conscience.

One of the latest examples of official disrespect for rights of conscience of health providers has occurred in Sweden, where the tolerant live-and-let-live attitude is almost a national religion.  So one might expect the Swedes, of all people, would deeply respect and strongly protect health care workers’ rights of conscience and of conscientious objection to participating in highly controversial medical practices such as elective abortion.

Sadly, when it comes to abortions, many Swedes, including those in positions of legal authority over the provision of health care services, are stunningly intolerant of the basic human rights of medical workers who object to providing elective abortions.

Ellinor Grimmark, a Swedish midwife, has become the symbol of Swedish disrespect for rights of conscience.  A devout Christian, she obtained a Master of Science in Nurse-Midwifery from a Swedish university in January 2014.  Grimmark then was hired by a local women’s clinic but soon was fired because of her conscientious objection to abortion. Other job offers were withdrawn because of her objection to abortion.

Unable to find work as a nurse in Sweden, Grimmark took a job working as a nurse in Norway.  The Norwegian hospital that employs her submitted a letter supporting her stating that she performs her responsibilities well and diligently, and that her refusal to assist in performing abortions has never caused any problem for patients or her co-workers.

Surprisingly, however, a Swedish Equality Ombudsman ruled in April 2014 that Grimmark was not the victim of religious discrimination. Instead, it found that she was properly denied employment “because she was not prepared to perform duties that were part of her job description.”

Likewise, just four months ago, in November 2015, a district court in Sweden rejected Grimmark’s religious discrimination complaint.  She expects to appeal that unfavorable ruling to the Court of Appeals, according to Scandinavian Human Rights Lawyers, an NGO that has been assisting her.  It also is reported that Grimmark will take her case to the European Court of Human Rights.  So her case is not over yet, but developments in it have been disturbing so far.

The Grimmark case raises serious issues of international human rights. For example, Article 9 of the European Convention of Human Rights guarantees basic human rights including the rights to freedom of thought, conscience and religion. Sweden has ratified that Convention.

Resolution 1763 of the Parliamentary Assembly of the Council of Europe also establishes that healthcare professionals shall not be coerced or discriminated upon because of refusal to perform or assist in any act that could end a human life at its beginning or end.  It specifically provides that: “No person, hospital or institution shall be coerced, held liable or discriminated against in any manner because of a refusal to perform, accommodate, assist or submit to an abortion … .”

The actions of the Swedish authorities and courts also seem to violate the Universal Declaration of Human Rights which was drafted after the atrocities of World War II because “disregard and contempt for human rights … resulted in barbarous acts which … outraged the conscience of mankind … .” Id. Preamble.

Article I of the Universal Declaration of Human Rights provides: “All human beings are born free and equal in dignity and rights. They are endowed with reason and conscience … .” That is not merely an incidental or peripheral interest, but it is the first “right” protected in the first Article of the Declaration.

Freedom of conscience is underscored by Article 18 of the Universal Declaration which also provides that: “Everyone has the right to freedom of thought, conscience and religion; this right includes freedom to … manifest his religion or belief in teaching, practice, worship and observance.”

Lynn D. Wardle is the Bruce C. Hafen Professor of Law at Brigham Young University.  He is author or editor of numerous books and law review articles mostly about family, biomedical ethics and conflict of laws policy issues. His publications present ony his personal (not institutional) views.