Euthanasia and the common good 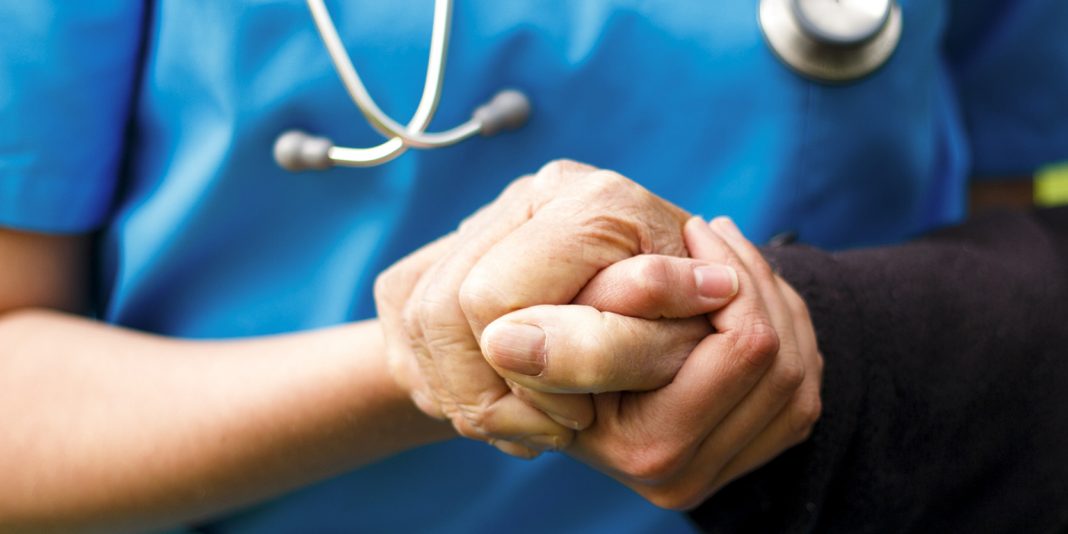 When I started thinking hard about euthanasia, I visited my friend who has a progressive illness affecting his body and mind, and who is in hospital-level care. His partner has moved into the same residence to help look after him. She responds to his suffering with love, and you can sometimes see in his eyes that he recognises this. I honour them both: his endurance and gratitude; her generosity.

But, with euthanasia in mind, I think about them both in a different way. Is his suffering unbearable? Although he wouldn’t be competent to make a request for euthanasia, should it become legal in New Zealand, their situation calls into question the value of his endurance and her generosity.

In what follows I explore my intuition that actively ending suffering by causing death undercuts the meaning of suffering.

Talking about the ‘value’ of suffering annoys many people. Of course, the first response to suffering must be to try to relieve it. But if it can’t be entirely relieved we have to draw on moral traditions and psychological resources to help us live with it. Even so, outside religious traditions, it’s hard to find a common language to talk about the moral life. Above, I used the language of virtues: endurance, generosity, gratitude, love. Māori, more than Pākehā, articulate a moral tradition of respect for life and for communal values, and see David Seymour’s End of Life Choice Bill on assisted dying (currently under consideration in New Zealand) as a threat to those values.

Those with a progressive chronic illness, those with disability from birth or injury, a bereaved mother or father, a soldier back from war, all need ideas to help bear their pain. And if someone close to us is suffering, we need these resources too. For some people, the experience eventually becomes enlarging. My fear is that if euthanasia is legalised the idea that meaning is found through suffering will no longer be available: it will drain away.

If euthanasia is used very rarely and for extreme and desperate situations, it need not necessarily undermine this idea. But legalising euthanasia means crossing a bright line. Once it is legal to end the life of a person on their request, it is logical to continue to widen the circumstances in which it is legal. This has happened in the Netherlands and Belgium where, since it was legalised, rates of euthanasia have increased dramatically. Commentators argue that once euthanasia is regarded as a “human right”‘ and a “normal death”, it logically becomes a benefit that cannot be restricted without special justification.

Unsettling conclusions have recently been drawn from Belgium’s experience. In that country, where euthanasia is available to the competent terminally ill and to people with physical and mental suffering who are not terminally ill, its use has extended beyond these bounds. In Euthanasia and Assisted Suicide: Lessons from Belgium, some palliative care physicians who were originally supporters of legalisation describe the progressive medicalisation of the end of life. They write that euthanasia has become a continuation of futile medical interventions:

When ‘nothing more can be done’, we can – impatient with death – still perform the last and final act, euthanasia as the cure for a dying process that is too slow.”

In 2013 they had written with concern about increasing “instrumentalisation”, noting that family members tend to consider the dying process as “undignified, useless, and meaningless” and that requests by family members for active interventions for elderly parents are often “very coercive”.

There have been worries about meaninglessness in illness and dying before. With the rise of effective therapies for many conditions, doctors became less interested in the people whose illnesses they could not cure. In 1949, American physician Leo Alexander wrote:

In an increasingly utilitarian society these patients are being looked down upon with increasing definiteness as unwanted ballast. A certain amount of rather open contempt for the people who cannot be rehabilitated with present knowledge has developed. This is probably due to a good deal of unconscious hostility, because these people for whom there seem to be no effective remedies, have become a threat to newly acquired delusions of omnipotence.”

I remember that almost-hostility as a junior doctor in early 1970s East London. It was shown in neglect for patients for whom we could do nothing ‘medical’, who were very ill, or dying, in hospital. I remember a man with a late stage neurodegenerative disorder in our open Nightingale ward. Other patients took him up to the roof to feel the air; the doctors ignored all but his basic bodily needs. Finally, we found a way to communicate with him, and he expressed his despair. I phoned St Joseph’s hospice, and the nurse explained that they would find a place for him by the window so he could see life going on outside. That was their first response to depression: I knew they would care for him.

Cicely Saunders founded the modern hospice movement in response to the barrenness of medical care for dying patients. Dr Saunders wrote repeatedly about the dying patient’s search for meaning, for something in which to trust. I visited her at the newly opened St Christopher’s Hospice. Her philosophy was that doctors and nurses cared for patients not only in their professional capacity, but in “our common vulnerable humanity”.  “Professionals’ own search for meaning,” she wrote, “can create a climate … in which patients and families can reach out in trust towards what they see as true and find courage and acceptance of what is happening for them.”

These days, the encouragement for doctors to be omnipotent and instrumental is coming from the public, as shown by the majority of those who support legalising euthanasia. But the supporters have moral reasons: they want the right to choose the manner of their death, and express compassion for those suffering unbearably. They don’t see their support as encouraging doctors to be omnipotent, or society to become more instrumental in its attitude to care. They have seen the suffering of friends and family and don’t want that for themselves or those close to them. They know death is not the worst thing. Nor do they see these wider concerns as relevant; they believe legislative safeguards will be put in place to prevent them.

Yet there are difficulties. First, a law change that responds to a request for compassion for some individuals might have wider consequences that are worse for everyone. Second, a right to choose to die presumes an obligation on doctors to end a life; an obligation at odds with the traditional morality of medicine. My concerns are that legalisation will make the meanings in suffering and death unavailable and tempt doctors into omnipotence again.

Palliative care physician Paul Vanden Berghe and colleagues in Belgium go further and suggest that “unbearable suffering” itself might be intensified by legalisation that has led to “unbridled euthanasia”. They say:

The question remains: ‘Which is prior: unbearable suffering for which euthanasia is the ultimate solution? Or does the suffering become unbearable because, henceforth, there is such a way-out as euthanasia?’ Could it be that, in the long term, unbridled euthanasia thus enhances the suffering it pretends to relieve? It would then overshadow the profoundly beneficent effects of the laws of 2002, on patients’ rights, palliative care and also euthanasia.”

Though the vast majority of doctors in New Zealand do not want to actively end the lives of their patients, there are doctors who, if the law is changed, will do so. There is evidence that it already happens occasionally. This is one argument for changing the law. Yet evidence from Belgium shows that making euthanasia lawful and subject to reporting does not necessarily provide controls over medical behaviour: around half of euthanasia deaths still go unreported.

People with disabilities who have thought carefully about these issues understand that legalisation has the potential to harden collective understandings of disabled lives as undesirable or even unliveable. In jurisdictions where it is legal, people commonly request euthanasia out of fear of disability. If health workers connive in that fear, they will be complicit in the loss of meaning, less available to their disabled patients, and less likely to fight to enlarge their patients’ social and economic lives. This is another facet of omnipotence.

The clearest response to the End of Life Choice Bill is to reject it on the grounds of the common good. In the absence of strong cultural and religious traditions, the law itself carries great moral weight. Keeping the legal bright line which forbids intentional killing – except in the case of self defence – will make it easier for medicine and nursing to uphold the Hippocratic prohibition against taking life.