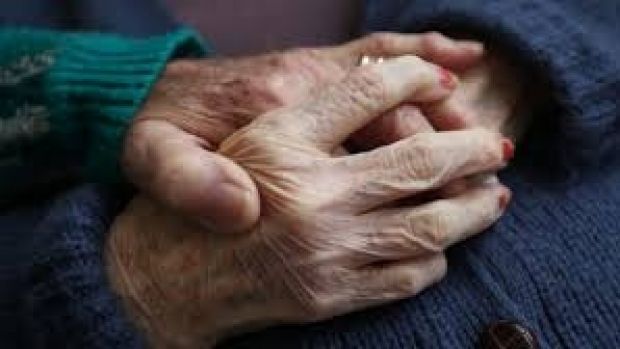 Originally published in The Age, 16 October 2017

I’ve hesitated before entering the debate around the assisted dying legislation now before the Victorian Parliament, because people of good intentions are driving the legislative process. But the willingness of some euthanasia advocates to paint all opposition as religious zealotry must not go unchallenged.

I’m not religious. And, for the record, I support both marriage equality and abortion rights unequivocally – mine is not a reactionary, conservative position.

I also worked for three years as a care attendant in an aged care home, helping to care for people in the final days of their lives, so I have some understanding of the suffering people can experience as they die.

I oppose the introduction of assisted dying by the state because it inherently prioritises the rights of the individual over our collective responsibility to protect the most vulnerable in our society. These are views shared by many people of good conscience who haven’t darkened the doorstep of a church in years, if ever.

Yet many still insist that any objection is the imposition of religious belief on people wishing to make a rational choice.

It’s ironic, then, that euthanasia advocacy group Go Gentle is employing tactics similar to those used in my Catholic school when our year 11 class was shown a graphic video of late-term abortions.

Last month, Go Gentle released a short film designed to be “almost unwatchable” in its re-enactment of a man’s death, his unbearable suffering and that of his family.

By relying on this horror show to make their argument, the wealthy, white, middle-aged folk behind Go Gentle are exploiting people’s deepest fears rather than making a rational case for legislative change.

The demographic make-up of the lobby group is significant. The push for assisted dying worldwide is driven by wealthy Western baby boomers who have enjoyed over their lifetimes a relative freedom from serious illness and a level of personal autonomy unprecedented in human history.

Unlike previous generations, and millions of people today in developing countries, their mothers and siblings didn’t die in great numbers during childbirth; their childhoods were largely free from afflictions such as polio, measles and rubella; their ailments in middle age – even expected conditions such as menopause and erectile dysfunction – are treated by expensive new drugs.

With our first world medical care and significant economic privilege, we have apparently reached a state of “peak wellness” in which defeating the force of death is the last battle.

I get it: exercising “choice” over the time and manner of our deaths is seen as the only way to bring comfort as people face the prospect of dying in pain and fear.

But dying is often painful, and always fearful.

I can’t accept that an individual’s right to avoid that final human tribulation should be given priority in law over the inherent risk involved in state-sanctioned euthanasia to the lives of our most vulnerable citizens.

Of course, many proponents of assisted dying are motivated by having witnessed a loved one die in agony. They want to prevent that for others, and for themselves. Many of them feel terrible guilt for being unable to relieve the pain and suffering of someone they love.

Watching anyone die is awful, even with the advances in palliative care that mean the kind of suffering experienced a decade ago is now increasingly rare. But it is part of our obligation to one another as humans to bear witness at the time of death; it’s one of the responsibilities of love.

Why do we imagine that if we let our loved ones end their own lives with state support that we will feel less culpable?

We won’t. Should someone we love die with legal assistance through a process in which we have been complicit, we are likely to feel desperately guilty – an emotion Western society has been trying to eradicate for a century or more.

Death is inevitable – usually in both its timing and its manner. It is this which robs it of much of its power over us. If we reinvent death as simply another “life event” subject to our control, we risk creating a burden of responsibility with which we are in no way equipped to deal.

I applaud the sincere and concerted efforts to include in the Victorian legislation safeguards against the threat that the legislation could be expanded to include anyone with a chronic or mental illness or disability, or that vulnerable people could be coerced to kill themselves rather than be a burden on loved ones.

But those safeguards can’t be guaranteed, no matter how we try. More fundamentally, creating a law that allows state-sanctioned killing of a particular category of citizens, no matter how strictly defined, is inherently inhumane.

In a society that is deeply uncomfortable with incapacity and disability, and sees ageing only as a terrible decline, legalising euthanasia would be a sinister victory for the forces of Western individualism, one which will tear at the fabric of our collective humanity and our responsibility to the greater good.

Because, ultimately, the assisted dying legislation creates different categories of human life: some worth living, some not. It’s a law not about how people should die, but about whether people should live – and the state should have no say in that.

Emma Dawson is the executive director of public policy think tank Per Capita. These are her personal views.